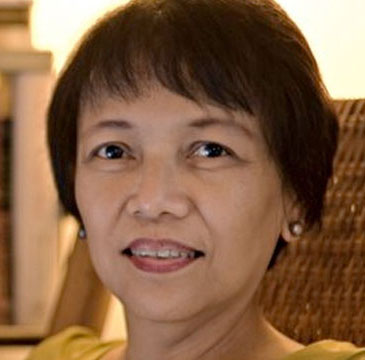 Marites Dañguilan VitugThe impeachment trial has done us a big favor. It has made it easy to identify the qualities the next chief justice should possess.We can neatly sum it up in a sentence: it’s everything Renato Corona isn’t. Let us count the ways. One. To borrow from Rep Rodolfo Fariñas, someone who does not makepalusot. A person who does not weasel out of a duty or obligation. A person who doesn’t spin lies till he gets caught in a web of his making. Two. Someone who is truly honest and does not have a sense of entitlement. This person doesn’t reimburse personal expenses, from a barong tagalong to expensive meals in high-end restaurants. Neither does he or she accept favors such as a platinum card from an airline company, or an honorary membership in an exclusive country club. Three. A person who feels accountable to the people and believes in transparency. Thus, this person will disclose his or her Statement of Assets, Liabilities, and Net Worth, and is unafraid to issue a waiver to the Ombudsman to probe his or her real worth—not as a last-minute calculated move but as a standard practice. Four. On the institutional level, a leader who will open up the financial books of the Supreme Court for scrutiny, including the Judiciary Development Fund and the Special Allowances for Justices, both of which come from legal collections. Five. A leader who will reform the judiciary and use loans meant for reform projects productively and not for PR stuff like goodwill basketball games with another country’s Supreme Court staff and to hire an agency to monitor media coverage of the Court. Six. Someone who decides cases fairly and with fidelity to the Constitution and not out of loyalty to the appointing power nor in exchange for favors given by vested interests. Coupled with this, someone who will not preside over dizzying flip-flops of cases and treat letters from a prominent lawyer with utmost urgency and reverence.Seven. A person who doesn’t use his or her position to benefit oneself and his family, like influencing the courts to decide in favor of a family business. Eight. A person who avoids getting entangled in conflict-of-interest situations like having a family member appointed to juicy posts by the President. Nine. Someone who says no to shady characters, beginning with those who are too willing to lend him or her multi-million peso SUVs. Ten. Someone who is not insecure about his or her academic credentials so he or she doesn’t need to invent honors and attain a doctorate even without the proper requirements. Hard-fought victoryPresident Aquino faces a golden opportunity to reshape the Supreme Court and the rest of the judiciary by appointing a chief justice who will not tolerate corruption, speed up resolution of cases, and open up the most opaque institution in the country.It need not take a decade to dispense justice. The next chief justice should see to this.
Disclosure of information should be the rule and not the exception. For one, the public has a right to know how the Court spends its budget, savings, and collections.We need to know the caseloads of each justice, their backlogs, and the length of time it takes them to resolve cases. We need to have access, through the Court’s website, to information on pending public-interest cases, transcripts of oral arguments, and why justices take no part in certain cases. Some justices simply write “No part” or “No part for personal reasons” or “No part because of relations to party” when they sign decisions. Apparently, these justices do not feel accountable thus they do not see the need to explain. Today, as many heave a collective sigh of relief after going through more than 4 months of an impeachment trial that divided the nation and caused us pain, we can only hope that the President will not squander this hard-fought moment. This is a big win for his anti-corruption program and call for transparency. Choosing a chief justice based on politics and not on the principles and ideals the President holds dear will negate this momentous victory. - Rappler.com
Click the links below for more related stories on the selection process for the new Chief Justice.
More key Rappler stories related to the impeachment case against Chief Justice Renato Corona:
x x x."
Posted by Atty. Manuel J. Laserna Jr. at 2:26 AM